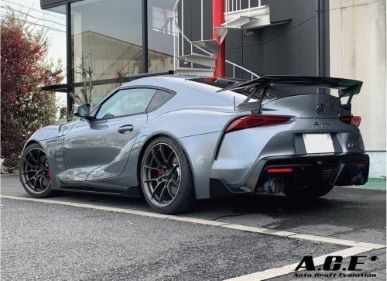 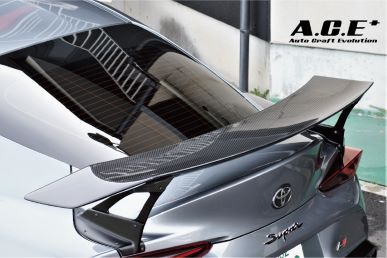 Considering the vehicle class of GR Supra and the needs of the user base, it was developed with a relatively mature design that suppresses the height of the wing itself, but also for use in circuits and sports driving.
This elegant curve not only has a beautiful form that produces the optimum downforce, but also makes use of the downforce that causes the difference in air flow velocity between the upper and lower surfaces of the wing, while reducing the air resistance as much as possible when running straight. It has full-fledged rear wing performance, such as enabling stable cornering with sufficient downforce when cornering without sacrificing TOP speed.

SUBSCRIBE TO OUR NEWSLETTER FOR LATEST OFFERS AND UPDATES